Vegan and vegetarian diets are becoming more and more popular, gaining support not just for animal rights but also as awareness grows about the harmful impacts of animal farming on the environment. Many dieticians also recommend a plant-based diet as a healthier alternative to eating meat. We all know that eating fruits and vegetables is good for the body, but what about the all-new plant-based meat alternatives? Are vegan burgers or sausages better than regular meat? Let’s find out.

Why is plant-based meat so popular?

Many health organisations all over the world state that, as a society, we eat too much meat. Eating meat was a delicacy for our ancestors, usually eaten on a special occasion. These days it’s much easier and cheaper to enjoy meat, and many of us can’t imagine a family dinner or a barbeque without a good steak or sausages.

But along with the development of meat-eating culture, we have learned that there should be a limit in how much meat we consume. While meat is a healthy source of protein, iron, and vitamin B-12, most meat products available are highly processed.

According to the Food Frontier studies, ⅓ of Australians’ average daily meat consumption is made up of non-lean or processed meats. Processed and junk foods can cause many diseases like diabetes, heart diseases, or obesity. Learn more about junk food here: “How to stop eating junk food?”.

Studies also show that Australians eat more than double the recommended amount of red meat. In 2019, the Australian Heart Foundation revised its dietary guidelines to recommend obtaining most of our protein from plant-based sources, as well as fish and seafood. The guidelines state that we should limit the consumption of poultry and red meat, eating no more than three lean serves (totalling 350 grams) of unprocessed beef, pork, lamb, or veal a week.

Luckily, our understanding of the positive effects of eating vegetables is growing. As a result, many people are changing their diet by reducing the amount of meat they eat, or fully switching to veganism or vegetarianism. Plant-based meats can be a great alternative when making the transition to a new diet.

Why do some people decide on plant-based meats instead of regular meat? 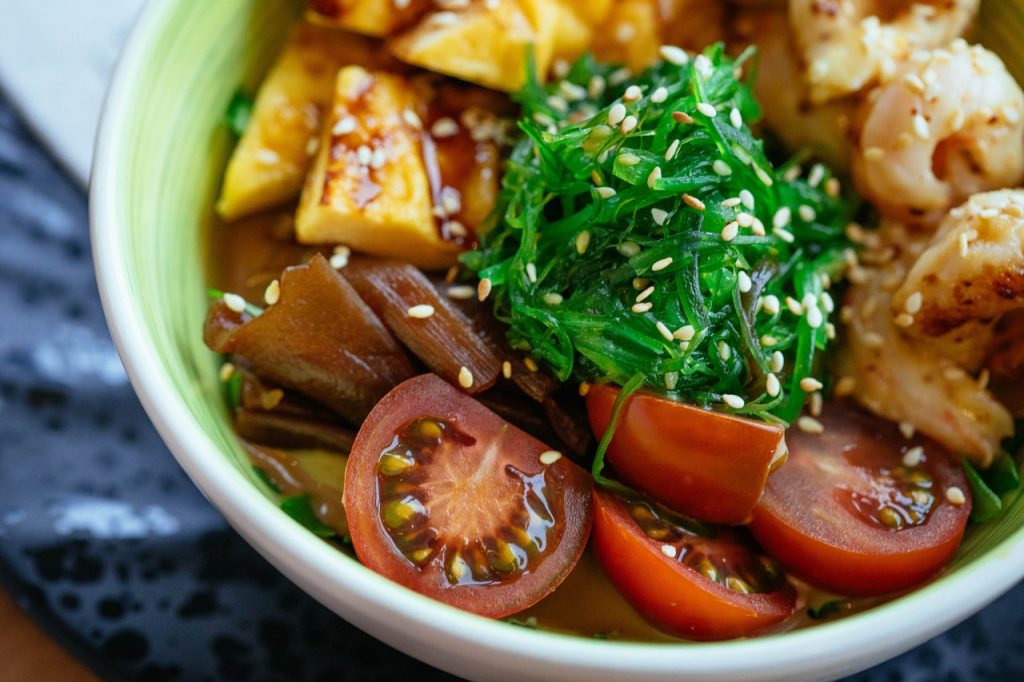 What is in plant-based meat?

Vegan food producers are coming up with more and more ways to create products that look and taste exactly like meat but are 100% plant-based. These products are mainly made from a few popular ingredients which replicate the smell, taste, and appearance of general meat foods like burgers, sausages, steaks, or even fish. These are the most popular ingredients used in plant-based meats:

This fermented soybean is a traditional ingredient used in Indonesian cuisine. Considered healthier than tofu, it’s a popular substitute for meat and dairy products. Tempeh contains a large amount of iron, responsible for maintaining proper metabolism and transporting oxygen. It also contains large amounts of magnesium, which helps prevent persistent muscle contractions and gallstones. On top of that, tempeh is also very tasty thanks to its pleasant, nut-and-mushroom flavour, and has a great texture for cutting, frying, and baking. Tempeh can also be grilled, breaded, and served with a variety of sauces.

An ingredient that will forever change the face of tacos – instead of meat, you can now find jackfruit. This plant is from the mulberry family from India, but is also common in places with tropical climates. Jackfruit is one of the most caloric fruits, but also contains many valuable vitamins, minerals, and antioxidants, which give it a health-promoting effect that make it a great meat substitute. Today jackfruit is mainly used in Mexican dishes but also in burgers, where it makes a great substitute for pulled pork.

A product that probably does not need to be introduced to anyone anymore, tofu is the most common meat substitute. It can be briefly described as a type of pressed curd obtained from soy milk. Tofu is loved all over the world for its neutral taste that easily adapts to the aroma of the whole dish. It can be prepared easily and quickly in various ways – the simplest method is to dice a block of tofu, fry it, and add it to a dish with noodles and vegetables. When it comes to nutrition, tofu is a rich source of protein as well as vegetable unsaturated fats and many vitamins. It’s also low in calories, does not contain cholesterol and, according to scientists, can regulate many phenomena related to the uncontrolled growth of cancer cells.

Beans, chickpeas, and lentils are important elements of any vegan or vegetarian diets. Because they are so full of protein, fibre, and vitamins, many plant-based meat options have legumes as their top ingredient. When combined with spices, they make a great burger pattie or can be a tasty addition to plant-based pasta bolognese or chilli con carne.
Legumes are the main ingredients of the most popular plant-based meat brand, Beyond Meat. The American brand produces burgers, sausages and mince that looks and tastes just like regular meat. The ingredients of their food products include pea protein and beans, together with brown rice and coconut oil.

This increasingly common ingredient used in vegan dishes is obtained by rinsing starch from wheat flour. It consists almost entirely of protein (mainly gluten), and has the most similar consistency to meat – porous, fibrous, and slightly spongy. In terms of its neutral taste, seitan is similar to tofu in that it easily blends with the smells and tastes of the ingredients in the stock or marinade. Seitan can replace almost any meat in a dish – roast, stew, steaks, chops or meatballs. Unfortunately, people with celiac disease or those allergic to gluten should not eat this product. 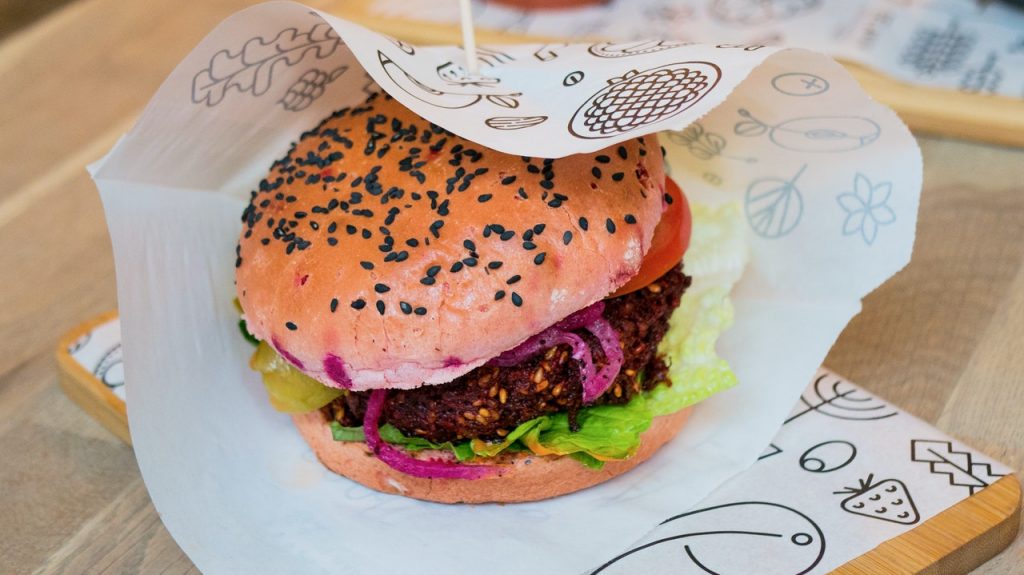 Today we can find a large range of plant-based meat options, from ready-made meatless burgers and schnitzels to meat-free sausages and mince. They can often be found in the supermarket section with bio or eco-labels, which many people associate with healthy products. But are these foods better for us than regular meat?

According to the report “Plant-based meat: a healthier choice”, prepared by Food Frontier and a dietitian Teri Lichtenstein, there are some elements that make vegan meat options a better choice:

Meat can be a great source of iron (see also: The Truth About Iron In Your Diet And Which Foods Are High In Iron)
and Vitamin B12. However, in many cases, eating large amounts of meat also means consuming high levels of cholesterol, calories, and fats.
Eating plant-based meat can be a great alternative to reduce the amounts of animal products we eat in our diet. Plant-based meats also have high levels of protein, fibre, and some vitamins.

Plant-based meats are not carcinogenic

Many processed meat products like bacon, sausages, or ham were classified by the World Health Organisation as a Group 1 carcinogenic, meaning that there is strong evidence that they cause cancer. Red meat such as beef, lamb and pork has been classified as a ‘probable’ cause of cancer. Plant-based meats do not fit into this category as they contain more fibre and don’t contain the harmful substances usually added to regular meat.

We’ve all seen the health star ratings printed on food and beverage packaging in Australia. The system was created by the Australian Government in 2014 to show us the nutritional profile of food products. According to the report, in five out of six categories the plant-based meats had a higher Health Star Rating than their regular meat equivalents.

Plant-based meats are less likely to make us sick

Although the meat industry is trying hard to meet standards, there can sometimes be a risk of contamination due to bacterias present in animal slaughter houses or during meat production. Plant-based meat is free from that risk and so is highly less likely to make us sick.

What about the amounts of sodium

According to many opinions, plant-based meat is high in sodium, which can be harmful to our health if consumed in large amounts. The report states that, on average, plant-based products contained less or comparable sodium levels than their meat equivalents – averaging 23 per cent of the suggested daily intake for adults per serving. An adult would need to consume five servings of the average plant-based meat per day to exceed their recommended daily sodium intake.

Is plant-based meat good for us?

The Food Frontier report proves that plant-based meat products may be a better option than their regular meat equivalents. But does that mean they are the healthiest choice?

The report does not mention lean meat options, and is only focused on processed meats like bacon, sausages, chicken schnitzels etc. Products of this type, whether meat or plant-based, are all highly processed and contain many flavour enhancers, colours, and other additives.

This doesn’t mean you have to totally eliminate meat from your diet. If you still like the taste and don’t intend on vegetarianism, then you can go on and enjoy meat. Just make sure that you choose top quality products, limit deep-fried and fatty meats, and definitely give up processed meats.

If you decide to become vegetarian or vegan, remember that although plant-based meats are healthier than processed meats, they shouldn’t be the main food product you eat. Just like with other processed foods, when buying plant-based meats you should check the labels to make sure you know all the ingredients used in the product.

Plant-based meat is without a doubt a great choice if you want to limit your daily meat consumption. It has more nutrients and usually much less fat than regular meat, especially when compared with high-processed animal products like sausages, hamburgers or deep fried chicken.

Despite the advantages of plant-based meats, however, it’s important to remember that these products are also manufactured, and in many cases can contain a long list of food additives.

Therefore if you want to limit your meat consumption, you should look to replace it with vegetables instead. Preparing vegetarian meals at home using fresh local produce is always the best option. Instead of steak for dinner, you can make a delicious vegetarian stir-fry or salad. Plant-based meat can be a great addition to meals, but it should never be a permanent fixture.

Other Posts You May Enjoy

Close
Checklabels.com.au © Copyright 2020. All rights reserved.
Close
Join the list! Join over 1000 members to get updates and deals only available via email.YES, SIGN ME UP!
+