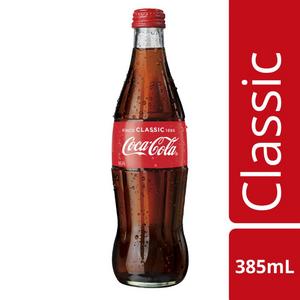 Coca-Cola is the most popular carbonated drink. It has a fairly short ingredients label, but unfortunately that doesn’t prove to work in its favour. Coca-Cola contains phosphoric acid (338)Phosphoric acid (E338) -  is used to acidify foods and beve... More, which has a negative influence on our body’s ability to absorb calcium and magnesium. Besides, just this small bottle contains over eight teaspoons of sugar. It’s okay to have Coca-Cola from time to time, but drinking it frequently is bad for your health and body down the line.

Other Posts You May Enjoy

Close
Checklabels.com.au © Copyright 2020. All rights reserved.
Close
Join the list! Join over 1000 members to get updates and deals only available via email.YES, SIGN ME UP!
+